Review – The A Word: Episode 2

The A Word: Episode 2 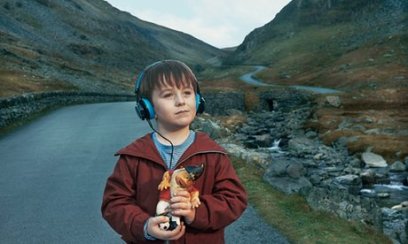 The Hughes family is coming to terms with what Joe’s diagnosis means whilst trying not to completely go to pieces at the same time.

In a theme that I’m sure will be familiar to many parents of recently diagnosed autistic children (and those who can remember back to just after diagnosis) Joe’s parents – particularly mum, Alison, are beginning to see more of Joe’s autistic traits. The viewers are shown this at the same time because there is a definite increase in what non-autistic people might consider to be restrictive or repetitive traits throughout the filming.

The thing is, with the exception of the wandering away from home early in the morning and having to be collected by neighbours, none of Joe’s repetitive behaviours are harmful. He likes to look at things from different angles, to swing back and forth on gates and swings, and rewind songs and DVDs to play over his favourite parts. The problem is, in Alison’s eyes, these behaviours are autism and for her to feel like she’s doing something, she needs to act now.

The conflict between parents Paul and Alison increases in this episode – with each taking different views on what they should be doing for Joe, and rather than actually talking to each other they make rash decisions and attack each other with snide comments. Why? Because they’re scared. Because even now when you go for a diagnosis, as a child or as an adult, very rarely are you given any real information on what to do with that diagnosis or what it really means. Should Joe stay in the mainstream? Be homeschooled? Go to special school? Should they do ABA? Speech Therapy? The truth is his family have no idea what they should or should not be doing, and whilst we can stand around and blame the family, the reality is the failure is more at society’s level.

I’m not sure what to think about the scene where Joe is so resistant to giving up his music – because I think it was meant to be a scene showing how important his music was to him (so essentially a meltdown) but it actually came across as a child having a tantrum because they couldn’t have what they wanted. Tantrums and meltdowns are different things. That said, the scene might also be the sparking point for a discussion that takes place regularly online over where to draw the line for accommodations and adjustments. Being accommodating doesn’t mean that an autistic person should get what they want all the time, because life doesn’t work like that. On the other hand, it certainly doesn’t mean that an autistic person should be forced to be neurotypical, because they’re not and that’s okay. And it also doesn’t mean that we should just not teach autistic people and give up on them and leave them to their own devices entirely – it’s not about one extreme or another, it’s about finding a balance that doesn’t deny the autistic person who they are. I hope this episode is setting the scene for future discussions over that.

Whilst this episode was somewhat lacking in appearances from Maurice, which was disappointing partially because I am undecided as to whether his character is meant to represent someone on the Broader Autistic Phenotype and I would have liked to see more of him to decide and partially because his bluntness is quite refreshing in a family who seem to struggle to communicate, there was significantly more of older sister Rebecca. Siblings of autistic children often find themselves in a strange position where they’re expected to take on more responsibility whilst getting less attention from a family preoccupied by a new diagnosis and we can see this beginning in this episode. Rebecca is an interesting character, and the only family member who seems to remember that Joe is still Joe – diagnosis or not, and I look forward to seeing more of her character over the next four episodes.

Was this episode worth watching?

Yes because it was realistic, and there was greater screen time for sister Rebecca who provided a voice of reason in a family struggling to know what they should do. In an ideal world maybe parents wouldn’t be freaking out about a diagnosis of autism but this isn’t an ideal world and this episode captures that well.